I’ll Show You Mine If You Show Me Yours

Lately, some authors on social media are saying that it’s time authors shared details about their book contracts and income to break open the financial secrecy inherent in this business. Do you agree or disagree with this idea? 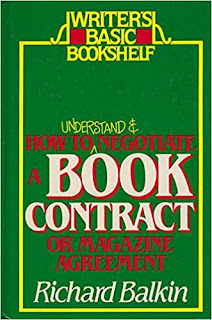 That’s an interesting question. And since I was just going over a contract yesterday it’s definitely timely. As I was going over the contract I was thinking, hmm, I wonder if this jibes with other people’s contracts. Do they have the same terms? Better? Worse?

Of course, if I go there, if I want to see their contracts then they would want to see mine. And do I really want them seeing mine? Whether my terms are better or worse than someone else’s, do I want them to know my personal business?

When I was a kid—and maybe it’s still a thing today—people would gauchely ask how much someone made. And the usual response was “we’re comfortable.” The reason people gave that response, I think, was to deflect from the real and specific answer to that question. People don’t like talking about their finances.

I know that Louise Penny and John Grisham make a HELL of a lot more money than I do as a writer. But I don’t know exactly how much more and I don’t really care to know. I also don’t know the other details of their contracts, but I can certainly imagine they have better terms than I do in a variety of ways.

If someone has a better deal maybe I’d be envious (and isn’t envy one of the seven deadly sins?). But it’s up to me or my representatives to negotiate the best deal I can. What if we knew John Doe’s terms? Does that mean we would or should get the same as him? Maybe Doe sells better, maybe he’s been around longer, maybe he has better reviews, awards, whatever? This isn’t like working at McDonald’s where you start at minimum wage and work your way up a pretty standard set of rate increases. There’s no standard formula. Plus a small indie publishing company certainly can’t compete with Random House. So, if you’re with magazine or book publisher A, who pays X dollars, but they’re a big publisher, and I’m with small publisher B, who pays Y dollars, how can I expect the same remuneration?
I think one of the reasons people want this is maybe to standardize contracts. But I don’t see how we can standardize rates. In Hollywood, if one is a member of the WGA, there is a rate structure, scale. But once you reach a certain level you work above the minimums. Do you think a William Goldman (before he died) or a Robert Towne make the same as a novice or journeyman screenwriter? Should they? I’m also not sure how it could practically be applied to fiction writing. Let’s take short stories, Ellery Queen and Alfred Hitchcock pay by the word, other magazines have a standard set fee and still others don’t pay anything at all. Or you might get a contributor’s copy and maybe royalties, assuming the book makes money, which often isn’t the case. Some small book publishers don’t give advances. Many of them are hanging on by a thread. So what good would it do to see their contracts? If you don’t like a publisher’s offer go somewhere else. And you can always hope for a better deal down the road with your current publisher or another one.


Would I like to make more money from my writing? Of course. That said, we all have different goals. Sometimes there’s things that are more important than actual money amounts, like being with a publisher that can get you exposure or will promote your work more (which hopefully in turn would mean more royalties). Sometimes we might be willing to sacrifice money for that extra reach. Or you might want more up-front money where another writer may not care as much about that as something else. We’re all different and want different things, so to compare contracts is like comparing the proverbial apples and oranges. And again will only create envy. There’s a Law & Order episode where (and I’m trying to remember the details but it’s been a while so I’m making up these numbers but you’ll get the idea) the cops are investigating a murder (so what else is new?). They’re talking to various people in a company about how much each received as a bonus. And each one thinks they maxed out. The guy who got 500K thinks he got the top deal and so does the guy who got 50 or 90K (whatever it was). But if they knew the truth that would only create tension in the company and then there’d likely be more dead bodies for the cops to investigate 😉. So nobody shares that info. The same would happen with authors. Well, maybe not more dead bodies (except hopefully on the page) but more tension.

I’ve given people general advice about certain things to look for in contracts and rights they might want to retain and things along those lines. But I never tell people about my contract specifics. And I don’t want to know theirs. There are places to find variations on standard contracts and I suggest you look them up. See what contracts look like. See what you can negotiate in or out of a publisher’s standard contract. There are some things they’ll give you and some they won’t. So you have to compromise, you have to decide which hill/s you’re willing to die on. If the terms are too onerous go to another publisher. But you need to take responsibility and do some homework and make the best deal you can. Even Brian Epstein didn’t get the Beatles the best contract in the early days and somehow they seemed to do okay in the long run.

Just negotiate the best contract you can, whether you do it yourself or have a lawyer or agent do it. And contracts are about more than just money. They’re about certain rights that you might want to retain, as well as other things. So ultimately I don’t want my personal details revealed nor do I want to know yours.

“While The Blues Don't Care is a complex, sometimes brutal, story, it also has its glimmers of beauty and joy. Those glimpses come from Bobby's passion for music, and his awe when he sees celebrities such as Clark Gable and Billie Holiday. Wander into Bobby Saxon's world in Paul D. Marks' latest book. It's a world you won't easily forget.”
—Lesa’s Book Critiques 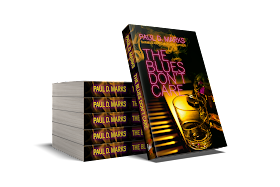