To Choose or Not to Choose

Do you prefer reading “classic” mysteries or contemporary mysteries? Why? 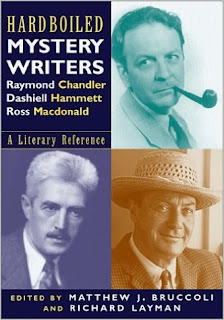 There’s something to be said for both. And sometimes it just depends on my mood. I probably go through periods where I read more classics than contemporary and then vice versa. But overall I probably read more new mysteries these days. And every once in a while I get a strong urge to reread something, particularly by Chandler or Ross MacDonald.


I once heard James Ellroy at a signing, I believe, say he didn’t read his contemporaries in the mystery-crime field because he wanted to do his own thing and not be influenced by them. And also because of the time involved in reading them. 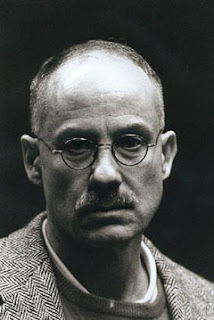 I don’t feel that way. I think it’s good to see what’s going on, what the competition, so to speak, is doing. What they’re talking about, what the trends are, what’s in, etc. But that doesn’t mean I have to, or should, follow those trends or be influenced by them. I like to do my own thing and I guess if there was a report card for this the teacher would check off the box that says “not good at taking direction or following trends.” I’d hope so anyway. I spent many years “taking direction” when doing script rewrites. And one of the reasons I wanted to write fiction is to be my own boss. I understand there are editors and such, but still there’s more freedom here, if not total freedom.

Of my top 3 favorite mystery-crime novelists, two are classics, one is current. Number one with a bullet is Raymond Chandler (big surprise, huh?). Nobody can touch him. It’s like the Beatles for me. As many other rock bands that I love, they are in a class by themselves. Sui generis. I feel that way about Chandler.

My two other faves are Ross MacDonald and James Ellroy. Though I’m not as hot on Ellroy as I was at one time for a variety of reasons. And though he’s not a crime writer, I’m going to include John Fante here because I think his style and tone fit in well with Chandler and Hammett and Cain.

When I read those classics I’m transported to a different time and it satisfies my sense of saudade for times and things that I may not even have experienced. I’ve always had a fantasy of being born in 1920, which would make me old enough for that “film noir” era after the war, as well as the war, of course. The war influenced film noir in many ways, but that’s for another post or maybe a book. And I do remember LA as a kid, when it was still the city that Chandler describes and pieces of which can still be found here and there. So, when I want to visit that time and place I either read books by these classic authors or watch movies set in that era, some filmed then, some filmed today, like LA Confidential.


So why limit yourself to one era or genre? There’s a whole world of great crime fiction out there. More than we’ll ever have time to get to, unfortunately.

Vortex is on sale in e-form at all the usual places.

And there’s Goodreads Giveaway for Coast to Coast: Murder from Sea to Shining Sea running for a few more days. Maybe win a FREE copy. https://www.goodreads.com/giveaway/show/161413-coast-to-coast-murder-from-sea-to-shining-sea 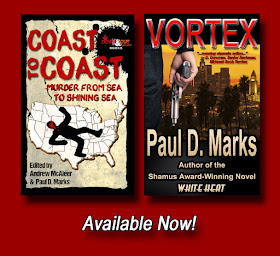