The Story Behind the Story -- Guest Post by Laura Brennan

Every week we answer a set question. This week you have the opportunity to write about whatever you want to write about as long as it has something to do with the intent of our blog.

Since today’s post is an open question, I thought I’d have Laura Brennan pinch hit for me. Laura’s eclectic career includes television, film, theater, fiction, and news. Her weekly podcast, Destination Mystery, features interviews with mystery writers of every subgenre. Her short story, “Driving Dead Daisy,” is available on Amazon, while other stories have appeared in anthologies such as “Hell Comes to Hollywood” and “Live Free or Ride.” On screens large and small, Laura has lopped characters’ heads off and fed them to dinosaurs. But it’s not all blood and guts: her web series Faux Baby explores the lighter side of motherhood. And if the faux baby loses a limb here or there, well… No, actually, she has no justification for that at all. Laura talks about many of the authors and stories she’s been exposed to since she started interviewing authors a couple of years ago. So take it away, Laura:

The Story Behind the Story 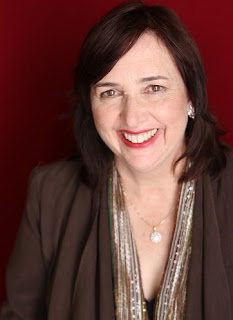 Two years ago I started the podcast Destination Mystery. I did it because I love mysteries and wanted an excuse to interview authors, and also because, as a newbie mystery writer myself, I wanted a way to be part of the conversation.

But over two years and sixty-plus interviews, I have learned so much from my chats with other writers. Some of the highlights:

1) We all write from our own life. Like her heroine, Dr. Ellen Kirschman is a therapist who worked with first responders and their families. Leslie Karst has restaurant experience in both the front of the house and on the hot line, bringing authenticity to her Sally Solari mysteries. And Kellye Garrett was broke in Los Angeles when she saw a billboard offering a reward for information on a murder. She didn’t solve the case, but Dayna Anderson, the heroine of Kellye’s debut, Hollywood Homicide, did.

2) Mystery writers tend to have experience with law enforcement. Criminal Minds’ very own Paul D. Marks told me how he pulled a gun on the LAPD and lived to tell the tale (a story you can check out here: http://destinationmystery.com/episode-52-paul-d-marks/). Jessie Chandler, who writes capers, is herself a former police officer, while S.M. Freedman worked for a decade as a private investigator. Living the dream!

3) Other crime writers have had what Denise Swanson calls an “encounter with evil.” Denise stumbled across a satanic cult that was abusing children and became a target of them herself. Jane Kelly lost a friend to a murder -- a loss that had a direct impact on her writing. And of course, true crime writer Holly Tucker, while not herself directly touched by tragedy, was inspired by real life events: an epidemic of poisoning in the court of Louis XIV.

4) Writers grow and change -- and so do the books they want to write. Cozy author Ellery Adams has been pushing against the confines of the genre for a while and made a clean break with her new series, The Secret, Book & Scone Society, which she calls suspenseful women’s fiction. On the opposite side, Olivia Matthews comes from a background of romance and romantic suspense while her new series is squarely cozy -- and her protagonist is a Catholic sister!

5) Finally, everyone has themes that they return to again and again. This one worries me a little, because I can see a theme in my own writing -- one of unreliable narrators and moral codes that are just a little outside the norms. Not quite sure what that says about me! 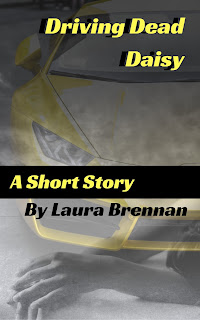 But I can’t fight it. It seems impossible to escape our obsessions, at least on the page. Jenny Milchman writes thrillers about women who find the strength to recover from betrayal and learn to trust themselves. Steph Cha’s Juniper Song mystery novels are a modern take on LA Noir, infused with Raymond Chandler’s sensibility. And Kwei Quartey’s traditional police series is set in his native Ghana; in each Darko Dawson novel, Kwei ties a wider social issue to the very human and personal motives for murder.

Destination Mystery has exposed me to subgenres I would never have picked up on my own: Pirate Noir, anyone? While Steve Goble’s The Bloody Black Flag introduced me to that genre, I’ve learned about the Great Fire of London from Susanna Calkins, Joseph Haydn (Nupur Tustin), and growing up during the Civil Rights Movement (Valerie C. Woods). But best of all has been the chance to chat with fantastic authors about the struggles, inspirations, and successes in their careers.

Mind you, I’m still a bit worried about that unreliable narrator theme of mine…

Thank you for stopping by, Laura. And I hope people will check out Destination Mystery at http://DestinationMystery.com