Around the World in a Day

The crime and mystery fiction we tend to read can be very US and Europe centric. Where else in the world would you like to see a crime fiction novel set and why?

There’s mysteries and thrillers set pretty much everywhere, though maybe some places get more attention than others. But here’s some places I’d like to see more of: 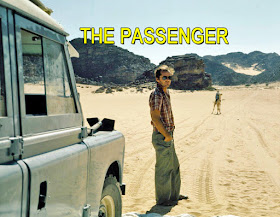 There’s a movie with Jack Nicholson called The Passenger that, if I remember correctly, opens in Chad. We see the haunting desert environment. And there’s something about that desert landscape that appeals to me in some larger romantic way. It also reminds me of Camus’ The Stranger, something about that North African scenery that intrigues me. I’m sure it’s very difficult to live there and I’m not sure I’d want to, but one of the things I remember best from The Stranger is the environment. The hot sun. The light. And my favorite movie, Casablanca, is also set in the North African desert. So I’m thinking that might be a place ripe for some (more) mysteries and thrillers.

Another place that sounds interesting is India. My wife’s father was in the diplomatic service and she spent several of her childhood years there. My uncle was also an American consul there. So I’ve heard lots of stories about India from both of them over the years. I know Abir has this covered, but with its vast territory and rich cultural background it would make a good candidate for more crime stories. 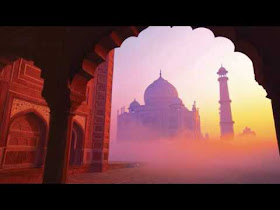 Japan is another place that would make for a good mystery story. It has an interesting history. And it’s such a homogenous society, that is trying to stay that way, that I think there might be some opportunities for stories to explore that aspect in the context of a mystery or crime thriller.

Istanbul or is it Constantinople? Well, I’ll leave that for the song to decide (see video).


Istanbul is one of the top places on my bucket list (a term I really don’t like). It’s sort of a crossroads of that part of the world. I’m also really into Roman history, and Istanbul, as the capital of the Eastern Roman Empire (Byzantium) definitely has that. It was also the last stop on the Orient Express—hard to beat that for mystery and intrigue. And according to Peter Kenyon on NPR, “Turkey's golden age of espionage was World War II, a period that continues to serves as a muse for writers of historical thrillers,” so maybe it’s a mine that hasn’t been played out yet. https://www.npr.org/2012/09/09/160771041/istanbul-a-city-of-spies-in-fact-and-fiction 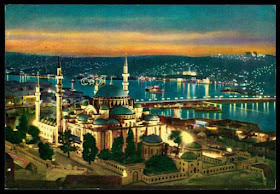 Okay, now for an odd one. Odd only because instead of a trip to a foreign land it’s a trip to the past. So I guess we’ll need a time machine to get there. That place is Los Angeles in the 1940s. I love that era, the music, the movies, the city, though I know there were some major issues happening. And, oh wait. I did (or do) take a trip to that era in my upcoming novel The Blues Don’t Care—my time machine. I really enjoyed that trip to the past, the jazz clubs, old L.A. and intrigue. More on this in future posts.

And here’s an article at CrimeReads about just this thing that lists some good choices for crime and thriller novels in places other than the US and Europe: https://crimereads.com/far-flung-thrillers-for-world-travelers/


And now for a little BSP:  I’m running a free promotion for people who subscribe to my newsletter. You can get a FREE e-copy of my novel Vortex. Just subscribe. And if you’re already a subscriber and want the novel contact me via my website or e-mail and I’ll send you the link for the download.

I'm also excited to announce that I've got a new book coming out in 2020: The Blues Don't Care. It's a little different for me. It's set in 1940s Los Angeles jazz scene during World War II. I hope you'll keep checking in for more news on this exciting new release.