"It's a beautiful conservatory" by Catriona

The other night - Burns Night as it happened - I did an online fundraiser for the Anaheim Public Library foundation. And now I know what a Zoom quilt of Orange County residents' faces look like when they get 18thC Scots poetry coming at them. (Politely  bewildered.)

Anyway, one of the questions from the chat bar was "What does your agent do?". After I had wittered on for a bit about the sainted Lisa Moylett (I stay in her house when I'm in London), the blessed Zoe Apostolides (editor extraordinaire), and the hallowed Elena Langtry (social media maven), I nailed the answer with: "They read the contracts. They look at things I would find outrageous and know that they're standard. They see things I would never notice and know that they're outrageous". 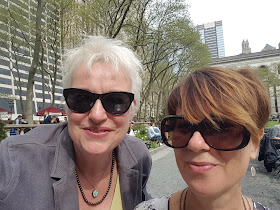 (By the way: sainted, blessed and hallowed? I've been bingeing on Derry Girls and Sister Michael is now narrating my thoughts. Fine by me; my last hard binge left me with Jonathan Van Ness. Yass, queen!)

Usually, Lisa says something like "I've got the contract, darling. Just one or two odds and ends to smooth over before you sign." and I never know what goes on over phone, email, or lunch in London, before the point that I print it out and apply the Bic to the last page.

They wanted to be allowed to write novelisations of episodes based that were on characters rather than adapted from original novels. Yeek. That would mean that there would be my books about Dandy and Alec, the television series - inevitably divergent, and other books by other people too.

Sgt Lewis in the Morse books is the same age as Morse, while Kevin Whately on the telly was much younger than John Thaw. And Vera's Joe stayed on in the Ann Cleeves series, while the actor who played him left the telly version to be replaced by more than one new sergeant. So maybe  . . . say . . . the actor playing Grant got a better offer and left the Dandy Gilver show. So Telly Dandy got a new maid. And then someone wrote up a "new maid" episode and that book was on the shelf at Barnes and Noble beside my book? Krrr-ack! Space/Time riven asunder, right? 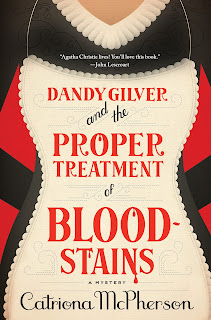 The book that got the telly love

I couldn't deal with it. Two things helped.

I remembered the wise words of Lucy Brett (wife of Simon), when he was unhappy about a telly adaptation. She said they should spend the money on one big thing - they went for a conservatory - and then when Simon felt irritated by the changes he could go and stand in it and remind himself that he'd made a good call.

The other thing that got me as far as signing was Lisa pointing out that only the most incredibly successful shows spawn novelisations - Downtown Abbey, Sherlock, Castle - and if the stars ever aligned so perfectly for me, then so many wonderful things and horrendous things would already have happened that I'd be as tough as a boiled boot and long past caring.

Reader, the stars did not align. The option lapsed. In the years since, I've become that tough old boiled boot anyway. Next time, I wouldn't bat an eye. 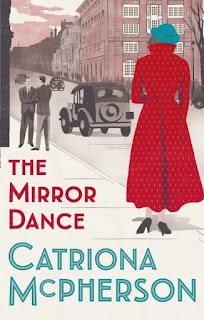 Dandy Gilver 15, out in the UK now.
Buy link