A Close Call, by Catriona

QUESTION OF THE WEEK: I recently heard a comment that the big publishers are trying to hold onto an old model of publishing that doesn’t work so well anymore. Is this true?

As so often happens, I am going to refer you back to Cathy's magisterial answer from yesterday for a wealth of infomarion and clarity. 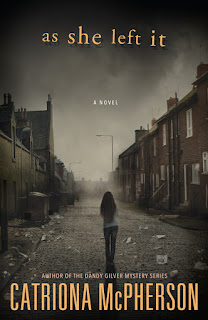 A few days ago, someone on Twitter sent me this:
"I appreciate your work very much. Thank you for writing! Q: Is there any explanation, comprehensible to a publishing outsider like me, why some of your books are out of print / hard to get in the US, while others are ready to go (at least via print-on-demand)?"
And I replied:
"Ooft. The US publisher of books 1 and 2 in the historical series went bust. (The new publisher started with book 5.) That kind of thing. In the UK the series is easy and there are missing contemporaries, although that's about to change. There's always Book Depository. Thanks, btw!"
The first word says it all, though. My feelings about traditional publishing and my place in it are summed up perfectly by "Ooft". 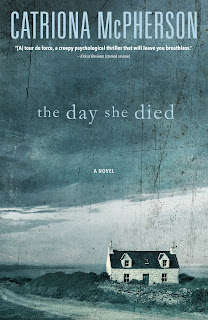 I've had eight publishers (not including large print and audio) and not because I keep flouncing off. (I've only flounced off once (for more money)). The rest of the fun and games has been publishers either going out of business or deciding they don't want to publish something I've written, meaning I need to take it elsewhere. I don't think that is the old model of publishing - at least not the version I've got in my mind, where a publishing house took an author on and nurtured their career, through thick and thin, until decades later either an elderly editor was at an author's memorial or an elderly author was at an editor's.
To be fair, I have written four different kinds of books, so eight publishers - four in the UK and four in the US - might have happened anyway, but it hasn't felt that measured while it's been playing out. Fun for my agent, though; she loves a challenge. 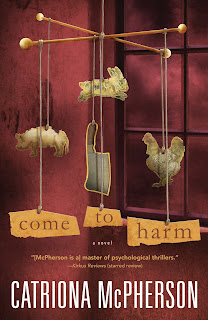 At various points as imprints folded and books were rejected, I have considered going indie. In fact, right now I've got rights to two early non-crime novels. Very recently, I seriously considered putting out four standalone novels that were with Midnight Ink in the US but have never been published in the UK. I didn't approach it with relish, but I did approach it. Think of a dog at the vet, being dragged into the examination room, toenails leaving deep gouges in the lino.
However, at the last minute, when I was facing up to the reality of going on a course and learning to do the kind of thing I was pretty sure I wouldn't enjoy knowing how to do, an offer came from Joffe Books, (2020 Independent Publisher of the Year) for all four of them!
I have seen one of the jackets and it's beautiful. But it's not shareable yet. So instead I'm illustrating this blog with a last look at those gorgeous Midnight Ink designs. Here's the last one. 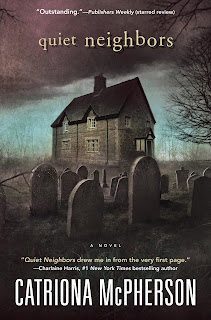