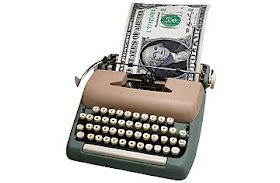 Q: “I recently heard a comment that the big publishers are trying to hold onto an old model of publishing that doesn’t work so well anymore. Is this true? Why doesn’t it work, and how could the model be changed?”

A: I self-published books in the early days of that movement. I have been published by a micro publisher, and (currently by) a stellar independent publisher. I have good friends who have been published in every way possible. With my lack of experience with legacy publishing houses, I’ll attack this question from a slightly different angle, looking at the book business as an industry. And more importantly, what do I want in trade for a piece of my hard-won sales dollars. What can I rightfully expect?

(*For a brilliant overview of publishing scroll back to Cathy Ace’s Wednesday post. )

State of the Books Business:

(This is based on my experience, so odds are I got lots wrong.)

The Times, London, ten or so years ago had an article claiming, in the new publishing economy only the rich or retired would be able to afford writing careers. They foretold the death of the midlist writers, and to some degree they were correct.

TANGENT ALERT — I remember when Hollywood studios had a couple of big tent pole films a year and the rest were smaller films, dramas and comedies shot on reasonable budgets and thus could make a return on investments. The 1980’s brought us all- mega-hits-all-the-time. As an added bonus we got sequels ad infinitum. It happened (not un-coincidentally) around the same time electronic and beverage corporations started buying up controlling interests in the studios. — END TANGENT

With legacy publishers merging and being bought by media companies, they have taken on a much more corporate approach to business. Thus they, too, are in the blockbuster business, placing a greater weight on  high-concept material than ever before. The all-important tight “elevator” pitch that swept Hollywood is here to stay in publishing.

Add to this, a seeming anomaly, with more outlets like e-readers, phones and other devices to read a book, the income of most writers has fallen. Even bestselling authors are struggling to make ends meet. Fact is, most crime writers I know have full time jobs to support their lives and write books as a beloved side-hustle. The lucky ones write for TV or film, but those gigs are so all-consuming that it often leaves them with no time to write books.

The loss of sales looks like a twofold issue: one, people who would never steal a book unless Abby Hoffman told them to (a reference for any old hippies out there,) will happily download an ebook copy without paying. The second thing was Amazon made self-publishing an easy click away. The good news, the gatekeepers couldn’t stop anyone’s books from getting to readers. The bad news: not everyone is at a place in their career where they should be publishing. This freedom flooded the independent book market, making it even harder to make a living at it.

Yes — before anyone yells at me — it’s more complicated and nuanced than this. Some self and independently published books have broken huge, and some midlist writers continue to be published by legacy houses.

Why do we need publishers? Originally it was because they owned the presses, and the means of warehousing and distribution for crates of big heavy objects. Both no small things. However, print on demand and ebooks have somewhat rendered this argument unsustainable. But that isn’t—or it shouldn’t be—all a publisher offers.

Here’s breakdown of what I love and need from a publisher:

A really good editor, someone who can see what I was going for, and where I missed the mark. A great editor can take a good book and make it fantastic. “You have twenty pages at the most to hook a reader, and as written, you’ve lost them.” I hated hearing this about TRICKY. But I trusted my editor, and the book is better for it. 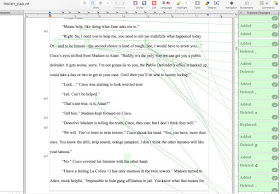 A really good copyeditor. I’m dyslexic, so the need for this should be self-explanatory.

Marketing. People whose job it is to see the greater potential of your work in a cultural sense and can exploit this to reach beyond your friends and fellow writers.

Art directors who can come up with an eye catching cover, that both pleases and sells. 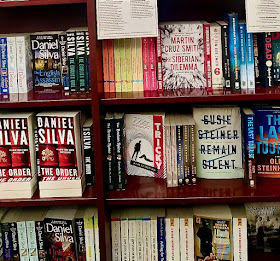 There are more but this a good start. All of these jobs you can do, or hire out. But it is both time consuming and expensive. And I have discovered with my novels I spend so long describing the roots and moss, that I lose the forest entirely.

As for marketing—and movie marketing was my job for a long time—when it comes to my work, again, I can’t see the wider context of it.

It’s complicated, they are both artistic and business decisions. Subjectively, do they make the work better? Objectively, do they increase sales enough that my piece of the pie is smaller, but my income greater than what I could generate on my own? Clearly when a book comes out it is all educated guess work. I know my past track record, but every book is different. And sometimes sales fall a bit when striking out into new territory as an author, and the gains may not be seen for a book or two.

I don’t know if publishers paid for travel in the past, but I felt good when starting out if my sales paid for BCon and LCC trips. I remember I was at a bestselling writer’s signing in Carson, or another small So Cal town. I think five readers showed up, including me and my son. When I later asked why travel so far for so few readers, they said to me, “I do it partly for the readers, sure, but mostly to shake hands with the people working for the bookstore.” They were aware that these folks work tirelessly to get our words into readers hands. 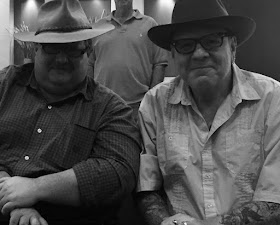 Scott Montgomery at Austin’s Book People has led more people to my books than anyone I can think of. When Scott asks me to travel to Texas for a reading or panel discussion, I do it. I mean it helps I have family in Texas to stay with, but I’d work it out if I didn’t. 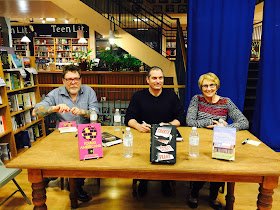 Which brings me to a… RANT—Scott has never treated independently published writers (me) differently from the likes of Joe R. Lansdale. He put us together on a panel because he saw something in our work that sparked. And I suspect because he knew that getting me in front of Joe’s readers would help to broaden my readership.

This is something the crime conventions fail at more that not. My first Bouchercon was Chicago 2005, where all the more independent writers were stuffed into an overfull basement room. This remains true today. Most panels pair best and better selling authors together, while up and coming or marginalized writes are smooshed in the small rooms at times where they have no way to compete for new readers.

There have been notable exceptions, such as LLC in Vancouver. I was on a panel about neurodiversity, it was diverse group of writers and because of it I met readers from all kinds of backgrounds, and tastes. We all read broadly, I have readers who also love cozies, hell, I love a good cozy. Why do the conventions rigidly separate writers as if it was a Borders bookstore? (Yeah I know they went out of business, kinda my point.)

Why isn’t an author who writes “Small Town Police Procedurals,” put on the social justice panel? I know this means more work for the organizers, but the deal is we writers are paying to be the entertainment (and admittedly to get to hang with our peeps.) From a business standpoint, if these events don’t show an uptick in book sales that at least covers the cost of attendance, we really need to question their validity. — RANT OVER! 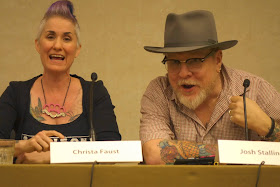 I don’t write for the money, in fact I’ve written and hidden away more words than I’ve published. I — like most writers — am driven to write. I do it for the love of the craft. I’ve dug ditches and I’ve driven taxis, and getting to spend my days inside these books is the greatest job I can imagine. And yet…

Because of my racial and gender privilege I was able to stash enough money from film work so that when the chance to write full time came I could jump at it. That’s not true for all, or even many. If we want diverse books, we need to make sure writers are being treated with equity.

Again, we’d write for free, and have, but we shouldn’t have to.