UPDATED FULL POST - with apologies for the glitch: Checking the Scoreboard with Frank Zafiro

Apologies from Cathy: I managed to cut off a HUGE chunk of Frank's post when I set it up, so here it is again...in its entirety. 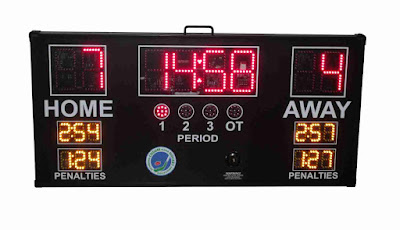 In March 2022, I left the coveted position of being a panelist at Criminal Minds. This was part of a larger strategy to carve out more time for new writing. For instance, I resigned from several other groups and even put my podcast on indefinite hiatus.

As part of my departure, I made a bold announcement:  in 2022, I planned to publish 11 novels, 7 novellas, four short stories, an anthology of short crime fiction, edit the anthology series A Grifter's Song, and put out five box sets.

So, how'd I do? And, more interestingly, did I learn anything along the way?

Eleven novels? Well, I managed to release eight. One was a re-issue, and one was a planned novella that grew to a short novel. For those keeping track, the eight were:

So, eight isn't eleven, but it is still a pretty good number. I pushed the remaining titles into 2023 and 2024. For instance, my first 2023 release will be on February 14 (Hope Dies Last, a Stefan Kopriva Mystery #4).

All right, how about those seven novellas? Wellllll.... I did mention one became a novel, right? I'm hoping for extra credit there, because I published only two. One was the re-issue of Hallmarks of the Job (a Stanley Melvin PI Story — check out the awesome cover by Zach McCain!), and the other was my literary release A Village of Strangers (as Frank Scalise).

So, two. What about the others? I pushed all of them into 2023. They include two more Stanley Melvin PI Stories, a hockey story, a family generational saga (in short form), and the final episode of A Grifter's Song. My guess? They'll all get done in 2023, unless I push one of the of the Stanleys into 2024.

Four short stories? I actually had five published in 2022. They were:

The last story, "One Fine Day" was part of an anthology that I also edited and published. Anyone who has ever edited an anthology would surely agree there's gotta be some bonus points there, no?

A Grifter's Song, a novella serial anthology series that I created and edit, did in fact feature seven new stories in 2022 (for season four). I did not write any of them, but I edited all seven. It was a great lineup, too — David Housewright, Gabriel Valjan, Trey R. Barker, Vincent Zandri, Kat Richardson, Paul Garth, and Hilary Davidson. These talented authors put together some incredible episodes. You should give them a read!

Box sets are a bit easier, as they are merely a formatting and publishing venture — the writing work is already finished. I projected that I'd release five. And I released... drum roll, please... three.

This was simply a result of not finishing some of the novels or novellas mentioned above. I group the sets in threes, so until I complete the entry in the series that is number three (or six, nine, etc.), I can't put out the box set. These will come when the corresponding titles are finished.

So, the official scorecard reads:

Now, for the important part... did I learn anything?

One positive thing I discovered was that working at the pace doesn't mean sacrificing quality. One of my novellas and one of my stories won conference awards in 2022. The majority of the titles released are above four stars on Amazon. Those few that are below are still in the high three-star range, and only have a few reviews (which skews the ratings).

More importantly, I am proud of the work I published. I know I gave every title my best.

But that wasn't the biggest lesson. You see, from March to November, I ran myself ragged. I'm talking standing over myself with a whip, driving myself onward. I wrote in the morning hours. In the afternoon and evening, I edited, marketed, formatted and published, and did all the administrative work that comes with being an independent author.

What happened? Well, you saw the scorecard above, so that's one thing. But something else happened along the way.

Yeah, most of you reading this could have probably told me that was going to happen. And I should've predicted it, too. But sometimes I'm still twenty at heart and overestimate what this fifty-four year-old body can do.

Being tired isn't the only thing that happened, though. Something else did, too.

Well, not nothing. But for all the work I did (and I left out the fact that I had multiple major marketing efforts throughout the past two years), the needle didn't really move this year. At least, not comparatively speaking. The first year of being fully independent resulted in a big jump, but in 2022, my sales plateaued. That's in spite of the additional titles and the sustained marketing.

And a combination of frustration and weariness led me to recalibrate.

Why? Simple—after eight months of hard driving (and seeing sales remain static), I could sense the joy of writing being sapped away. I was too focused on the business, and losing the wonder that comes with this crazy thing we do.

I did not want that to happen.

So what does that recalibration look like? It's simple. I decided to ratchet back on my release schedule and just enjoy each new story or book as I worked on it. Revel in the joy of creation rather than fretting about whether I was going to make my self-imposed deadline. And stop worrying about what other people's sales might look like, too.

I learned the timeless lesson that many smarter people before me have learned -- that art is joyous and beautiful, and the business of art sucks.

So, my recalibration is to focus more on the art. I won't abandon the business--that would be more of a heel-turn than a recalibration--but I'm going to put the whip away and just write. I'm going to give myself more lead time on releases so that things aren't as high-pressured. And you know what? I'm going to take some days off here and there.

Of course, I learned some other things, too. Marketing lessons. Reality checks. Things like that. But that's for another post, if ever. Today, let me leave you with the biggest thought in my writing world right now.

It's okay to be prolific. It's okay to write a lot, and publish a lot. But only if you enjoy the pace.

I feel like that guy who decided to run a marathon and tried to sprint the first mile. As I write this, I'm at the end of that exhausting mile. I'm not quitting. But now that I've found a more sustainable pace, I can get back to the marathon.

If you're still reading this, thanks for coming along for this part of the journey. I hope to see you further on up the road... where I won't be so out of breath.