Q: Fads come and go, as do waves of nostalgia. At the moment, the Aughts (years from 2000 to 2010) are trending. Is there a decade that makes you nostalgic, and why? 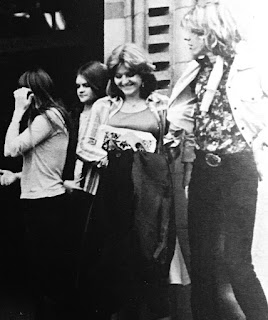 I’m sixteen sitting in the backseat of my brother’s ’67 Firebird watching as he talks to some hard men. I have a .38 in my hand, hammer cocked. If they jump him I’m ready to start shooting. They don’t. We get drunk on 151 laughing about shit that wasn’t funny.

I’m in The City disco, Octavia tells me not to use the men’s bathroom, the women’s is safer. The dance floor stinks of poppers and sex. We all dance our hearts out to Donna Summer. I’m way underage but no one checks. We drink rum and take vitamin Q.

I wrote Young Americans to pay homage to all that was wild and wonderful in those days. I also wrote it because I missed my friends and running mates, I missed who I was back then - foolish and clumsy and passionate. Writing about it gave me the chance to spend a year playing in those days. 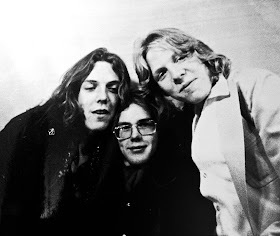 EQUALLY TRUE FACTS, (or as true as any forty plus year old memories can be) : There were hard brutal days, hangovers painted with regrets. Some friends died from over doses, car crashes, sickness. Some went to jail, some to U.C. Berkeley, I went to LA which felt like a bit of both.

Teenage years, a time where many of us struggled to see where we fit in. To discover our people. Some found an easy circle, play baseball you have an instant team. Theater kids hung. At least that's the John Hughes version of high school. Closer to real life is a venn diagram that our deep friends collide in. That juncture of theater freaks, readers, writers, creatives, stoners, and glitter fans is where I found my people. 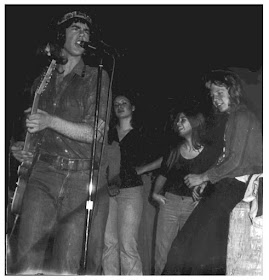 I have always fought to be honest about those times. The good the bad and the brilliant. If you’ve ever seen two stoned kids covered in spandex and sparkles turning slowly in the light of a mirror ball, the memory will make your heart soar at the romantic sweet beauty of it. And it will break when you realize that life will never be as magical as it was that one Saturday night.

I don’t always write about other times for nostalgic reasons. The book we’re shopping now is about 1980s LAPD. Not a time I look back on with cultural fondness. But everything in my research pointed to that decade as the epicenter of the militarization of modern police forces. They were dark days for many Angelenos. And when I hear the political rhetoric returning to “hard on crime,” and “war on drugs,” it is important to remind each other how badly that worked out in the past. Three strikes and mandatory sentencing laws destroyed so many lives and made prison construction firms rich.

See, not nostalgic, but worth typing.

I planned to end this on an upbeat note… oh well… let’s just go back to those kids dancing in the mirrorball’s light and do a slow fade out.